Advice, Design, Certification, and Support for Home Owners and Builders

Builder Support for New and Renovated Homes to meet BC’s Energy Efficiency Regulations, Earn Rebates, Save Money on Energy, Build Equity and Resilience into Your Home

We’re licensed to declare a home’s compliance with BC Building Code section 9.36

We deliver custom training and technical support for industry

The distinctive EnerGuide label is a familiar and trusted icon for most Canadians. We see it when we shop for new appliances, look at the literature for a new furnace, or read the fine print on a light bulb package.

The EnerGuide label clearly and objectively indicates how much energy a product uses and how that use compares to similar models under standard conditions.

Similarly, an EnerGuide home evaluation performed by a Certified Energy Advisor clearly and objectively indicates how much energy a home uses – and the accompanying report identifies a number of possible upgrades and their cost/benefits to help improve its energy performance.

The EnerGuide Rating System can be used in new construction and major renovations, and when purchasing or appraising a home.

PassiveHouse, BuiltGreen, R2000 and EnergyStar home efficiency standards have done a good job educating the market. However these standards come from different organizations, promise different performance ratings, require individual professional certifications, and pose conflicting demands on industry. The result is a fractured high-performance home industry. All of these standards are worthy choices, but most home buyers and builders share uncertainty about each’s relative cost versus benefit, what their true incremental costs are, and which might be the right choice for them.

Net Zero homes offer similar or better efficiency performance as Passive House for lower cost and additionally produce as much energy (typically with Solar PV and Solar Hot Water) as they consume in an average year under standard conditions. Net Zero-Ready homes are identical except the energy generation system isn’t yet installed. BC has mandated that all new homes be Net Zero-Ready as of 2032. Solar PV does not yet offer a reasonable payback in BC, but it almost certainly will in just a few years. We strongly endorse the Net Zero-Ready standard.

Why Do We Need Energy Models?

It’s practically impossible to estimate what the best-performing cost-optimized combination of exposures, HVAC systems, assemblies, and efficiency measures for a home should be since there are too many interacting variables to consider, even for a simple house. It’s a complex non-linear problem that only an expertly operated computer program can solve in a reasonable amount of time. Shape Energy Inc. produces government certified energy models and provides clients with an unbiased, optimized high-performance home specification along with any desired number of cost-effective alternatives to address the diverse requirements of owners, designers, and builders.

It is now or soon will be mandatory to engage a Certified Energy Advisor for new construction and major renovations in most regions of BC.

Shape Energy is licensed to certify single-family and multi-family residential buildings constructed under part 9 of the BC Building Code.

Selling your home? EnerGuide label it.

If you’re thinking of selling your home, it might be the perfect time to get an EnerGuide evaluation. Home sellers pro-actively obtain EnerGuide ratings for their homes and display the rating online and in the property listing.

If you have an energy efficient home, here’s why you might want to tell potential homebuyers about your EnerGuide label:

Set your product apart from the rest

Displaying an EnerGuide label will set your home apart from the rest. Homes that rate higher than typical should be proudly displayed. This tells the buyer that a new home was built beyond building code requirements in terms of energy efficiency. And for older homes the EnerGuide label can prove the home energy improvement investments made in the home.

Consumers may request that an evaluation be conducted as a condition of sale. Taking the initiative to get an EnerGuide label and displaying it on your listing demonstrates transparency. Buyers appreciate listings that provide full disclosure of any potential issues or concerns. Displaying your EnerGuide label answers questions before they are asked and can speed up the transaction process.

The BC Energy Step Code is the future for BC. It can effectively replace all other residential energy efficiency standards.

Energy Step Code is designed to continuously advance BC’s high-performance home standard in a series of steps over the next decade, culminating in the requirement that all new and significantly renovated homes in BC are Net Zero-Ready starting in 2032.

Today the simplest, most affordable way to achieve leading energy performance with unlimited design potential for your new or renovated home is to simply meet your community’s current BC Energy StepCode level. If you want your home to perform better than today’s StepCode and “future-proof” it, pick a higher StepCode level all the way up to StepCode level 5’s Net Zero-Ready standard, which is practically equivalent to the Passive House standard and likely less costly.

BC Energy StepCode can effectively replace all other home efficiency standards in use today. StepCode gives home owners, builders, designers, and suppliers certainty, consistency, standardization, and time to adapt, which reduces everyone’s building costs no matter how simple or complex the project.

Certified Energy Advisors (EAs) at Shape Energy Inc. are independent unbiased professionals qualified by the Federal Government of Canada and licensed by the Candian Home Builders Association of BC to deliver the EnerGuide Rating System (ERS), and to certify that new or significantly renovated BC homes comply with the energy efficiency requirements under section 9.36 of the BC building code. Shape Energy’s EAs have deep expertise in home design, construction, building science, construction costs and finance, and the range of products, materials, and assemblies, both traditional and new, that are used across the residential construction industry.

Shape Energy Advisors take a detailed survey of the entire house considering it as a system, model it to understand the interplay of all the energy performance factors of the home in a standard way, and confirm the result by testing the airtightness of the home.  Shape Energy is likely to recommend improvements to the design to make the home perform better as a system for the least cost. Shape Energy can offer a number of optimized recommendations including:

Serving the Sea to Sky Region of South-West BC including Squamish, Whistler, Pemberton, and the Squamish-Lillooet Regional District. Other areas by arrangement. 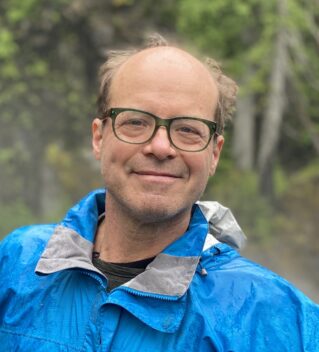 Nigel earned his technology management MBA twenty years ago projecting the future of BC’s electricity grid, our energy-affected industries, and BC Hydro from the intersecting forces of new technology adoption, energy market transformation, and climate change.

With Site C and LNG bearing down, Nigel entered the residential energy efficiency market in 2011 when with BC Hydro as the project counterparty, he led the conversion of four remote First Nation communities relying on diesel generation with electrical and structural retrofits to 110 residential and community buildings, re-certifying them all to National Building Code & BC Electrical Code, and connecting them to the grid.

As CEO of the BC Sustainable Energy Association, Nigel directed BC Utilities Commission interventions on behalf of public interest, developed and delivered energy and efficiency education programs in schools and communities across BC, delivered a pilot MURB energy efficiency retrofit program on behalf of the City of Vancouver, BC Hydro, FortisBC and VanCity, delivered a pilot MURB energy labelling program for the Government of BC, and contributed to a number of residential energy and efficiency technology demonstration projects including an off-grid solar-powered school house.

Nigel built his first house at age 18 off-grid near Whistler and lived there seven years while logging, constructing and renovating homes and businesses in Whistler and Vancouver, earning his first degree at SFU, and enjoying the backcountry. The house was insulated tho’ not airtight. It had gravity-fed water, wood and propane heat, kerosene and propane lights, propane hot water and refrigeration. Nigel learned the cost of a residential energy budget the hard way making tons of firewood and dragging propane up the mountainside!

Shape Energy was conceived in 2016 when Nigel trained with the Canadian Home Builder’s Association of BC in Net Zero home design, rating, and construction to design, build, and demonstrate a small, beautiful, affordable, net zero-ready home in Pemberton, BC. where he lives with his wife artist Karen Love.